Strategy Education LtdNewsAdviceShould you switch from red ink to blue ink for marking? 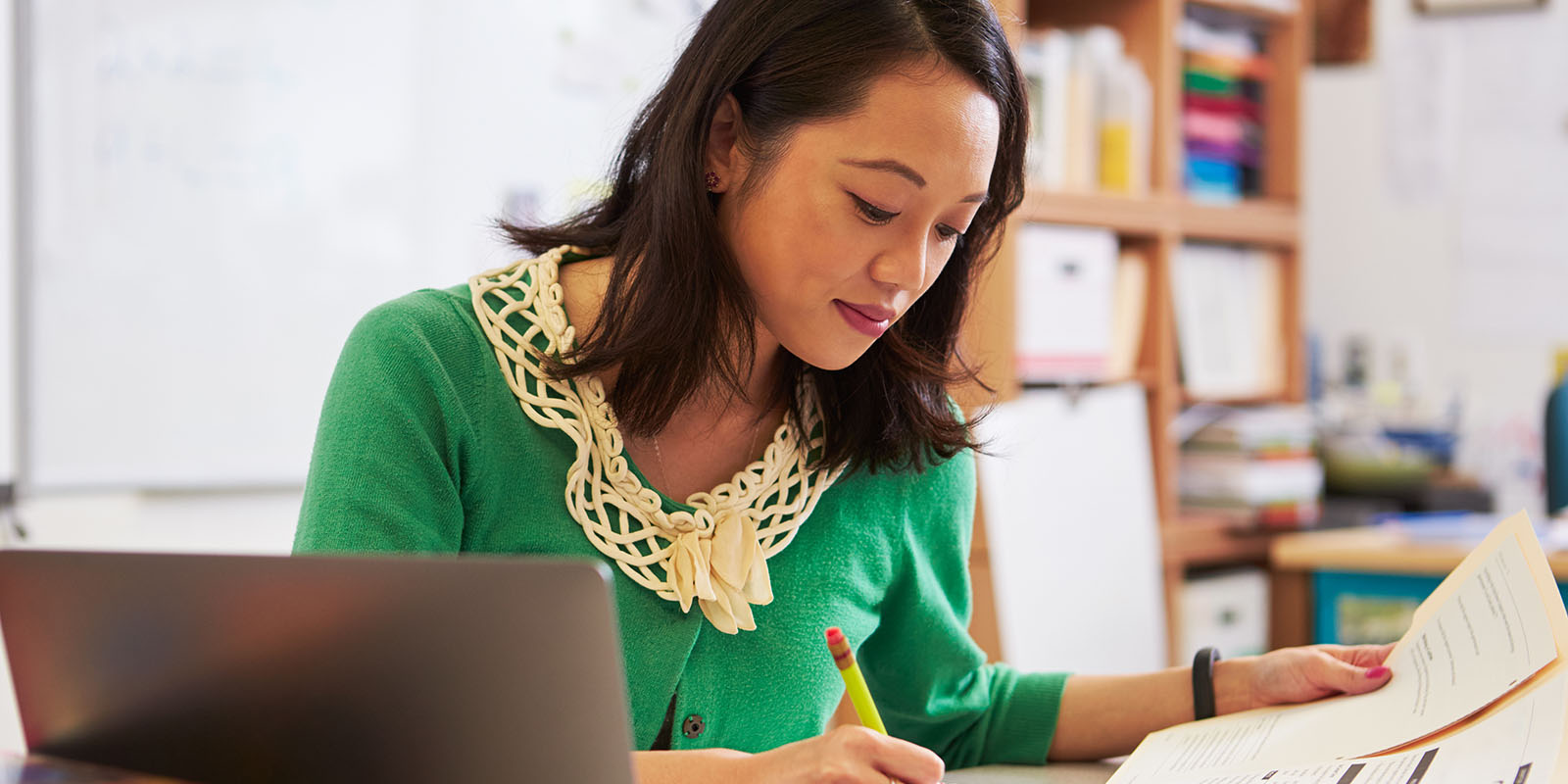 Should you switch from red ink to blue ink for marking?

A few years ago, a US study suggested that teachers should stop using red pens because the colour is associated with ‘warning, prohibition, caution, anger, embarrassment and being wrong’.

The research revealed that students think they’ve been assessed more harshly when their work is covered in red ink compared to other colours. It could even have a negative impact on teacher-student relationships and learning outcomes.

News of the report was met with ridicule by many, including Tory MP Bob Blackman who said: “It sounds to me like some petty edict which is nonsense. It is absolutely political correctness gone wild.”

But regardless of your opinion about whether marking in red ink is a tradition that should be maintained or detrimental to student welfare, a case could be made for using different coloured pens anyway.

The psychological impact of red

You’d be surprised at how many studies have looked into red ink and its psychological impact on both markers and students. For example, one study by Rutchick et al says that a red pen will provide more corrections but fewer marks than those with neutral coloured pens.

“People using red pens to correct essays marked more errors and awarded lower grades than people using blue pens,” noted the report summary. “Thus, despite teachers’ efforts to free themselves from extraneous influences when grading, the very act of picking up a red pen can bias their evaluations.”

Another study also found that marking in red ink has an effect on students’ perceptions of the fairness of the mark , which might have an impact on learner rapport with the instructor. As authors Dukes & Albanesi explain:

“The purpose of our research is to investigate the effect of the colour of the grading pen on student evaluations of the teaching and learning process. Research shows that the colour red can create a strong affect that might interfere in the communication of cognitive feedback to students.”

The physical impact of red

Along with considering the psychological influence of the colour red, its also important to bear in mind physical characteristics too. After all, around 1/10 – 1/12 men and 1/200 women are colour blind – depending on the size of your school, this could translate to hundreds of students.

For everything except (very rare) total colour blindness, the blue part of the spectrum remains visible, while green and red are almost impossible to see.

If nothing else, exclusively using blue pens could make it easier for 1/20 students in your class to comprehend what you’ve written.

“Just imagine how many ‘undiagnosed’ colour blind pupils you may be teaching? If teachers mark in an Aqua-coloured pen, expect 5 – 10% of your students to be able to access your feedback when compared to those teachers who are only using red and green pens,” says Dr. Ed Thompson, Associate Professor of Student Experience at Leicester Castle Business School – De Montfort University.